I marched in the first Pride that I attended. It was a complete accident – a way for my straight cis-male white boss to virtue signal to the board of the company I worked for that he was inclusive. Never mind the fact that he only hired cis-white performers and crew. This was his way to show he was an ally without action, but I digress.

My excitement to go to Pride was only eclipsed by my anxiety. I had lived in New York for several years and always had an excuse not to go – I would cover shifts for queer co-workers, I was tired from working 3 jobs. You name it, I used it as an excuse. Pride felt like a warm embrace that I wasn’t quite ready to accept. What if I got swept up in the celebration and decided to come out? Would I pass the test I needed to be allowed to call myself not-straight?

I did my best impression of a straight person in the march. I kept to the center, nervous to throw out the bracelets we were entrusted to toss along the parade route. The jewels on my face were carefully arranged to look a little off – in my head straight people didn’t know how to put on face jewels well. We were at the back of the parade, going through the route as they literally cleaned behind us. I left the parade exhausted, from the marching and the weight of carrying my carefully crafted façade.

Being straight is a default setting in our society. You are straight until proven otherwise. Pair that with being raised in a religious household, and heteronormativity was something I clung to. It was only on a roof top in Brooklyn, surrounded by some of my closest friends that I looked around and realized that being queer came in all forms. Like the rainbow that represents Pride, sexuality and gender existed in a spectrum. When my friend turned to me in the middle of the party and said “are you really straight?” I shrugged and said “I guess not.”

Coming out for me was less of bursting through the door and more tip toeing into a party. I thought I had been waiting for an invitation, someone grasping my wrist and pulling me into the fray. Instead, as I cracked the door ever so slightly and slowly poked my head through, I realized that there was an entire world that I had shut myself off from. It was far from perfect, but it was beautiful.

No one pulled me through the door, because they knew the consequences of outing someone before they were ready. I expected a party on the other side of the door. Loud, overwhelming, something I wouldn’t be ready to handle. What I found was open arms. There were so many welcoming voices ready to educate, to be my companion in this journey. What I found was the faces of those who had triumphed in the face of adversity. While celebrating is entrenched in the DNA of queer identities, so is struggle, triumph, and defiance.

There were friends who helped me try out different labels, as easily as shrugging in and out of various clothing articles until I found one that fit. They helped me realize that sexuality is just one part of what makes a person themselves and that it could be as matter of fact as I wanted it to be. There was the new job, where I went in not telling anyone that I recently figured out that I wasn’t straight. I let it be a nonchalant disclosure, as easy as telling someone that I like to eat tacos. The only person that I “came out” to was my mother. The picture of love, she held me as I anxiously told her, and said that she was proud to be my mother. That pride included every part of me. Her next sentence was “I have a lot more learning to do to support you.” There are some important people in my life that still don’t know that I am not straight. There is a residual fear, somewhere deep inside me, that has been fed by a heteronormative, patriarchal society. Undoing those ingrained ideologies takes a lot of work. It’s an ongoing process that we chip away at, little by little. Radical love, in the face of adversity, is what helps the most. Love from my support system, love from my community. It is what allows me to proudly say “I am a bisexual woman” and know that doesn’t change my worth once ounce.

If you are questioning your gender or sexuality, please know you are not alone. If you aren’t able or ready to come out, you don’t have to do so. But please know this: you are loved. This community will be here when you are ready. You don’t have to do anything for even a minute or a second before you want to. But when you are, we will be here with open arms. Because you, my friend, are a miracle.

You are welcome here. 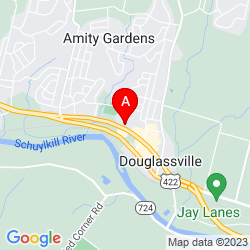